Santa Cruz Island - The center of the Galapagos Islands

The highlands and conservation

The Charles Darwin Research Station is situated approximately 1.5 kilometers west of Puerto Ayora in Academy Bay. The Charles Darwin Foundation was founded in 1959 by UNESCO and the IUCN (International Union for the Conservation of Nature). Visitors can visit the tortoise research and endangered animal breeding programs. The research station is one of the most important research facilities on the Galapagos Islands.  You can observe newly hatched baby tortoise at the research facility. The once threatened tortoise population in the Galapagos has grown steadily, thanks to breeding programs and conservation efforts.

It was also home to Lonesome George. He was the last of his subspecies of Pinta Island giant tortoises. He was around 100 years old when he passed away in May 2012. The embalmed George is now resting peacefully in his Mausoleum on Santa Cruz Island.

One of the main highlights of Santa Cruz’s highlands is a visit to the farm where giant tortoises and other animals roam freely on the hills. Some of the tortoises there are older than 120 years old! You can find them relaxing in pools or simply wandering along the roadsides. Entry to the farm is free, but a nature guide should accompany your visit to the area.

Once you are in the highlands, you should not miss out on seeing the twin craters at Los Gemelos which are covered by vegetation. The craters are about 70 metres deep, and the area overlooks the stunning northern landscape of the island with its surrounding Scalesia forest. For the bird watching enthusiast out there, Darwin Finches are often sighted in the highlands.

Beaches and other attractions

Three kilometers west of Puerto Ayora is the Tortuga Bay Beach with extremely fine white sand. The clear turquoise waters are protected and swimming there is forbidden. However, there is a separate bay where you can swim with whitetip reef sharks, tiger sharks, and rays. Marine iguanas, Galapagos crabs, and birds also sunbath or rest on the volcanic rocks.

On the eastern side of the island is Playas de los Alemanes (German beach). It was named after German settlers who fought for the protection and conservation of the area. The town of Puerto Ayora was initially lined with long beautiful beaches but retreated due to the building of houses and streets. Besides visiting the beach, there are other exciting locations to visit! This includes the colorful salt lake, the Opuntia Cactus forest, and Grottos Las Grietas. It is a canyon with refreshing and clear waters suitable for swimming or even diving off cliffs!

Across from Baltra on the island’s north coast is Las Bachas Beach. At the moment, the beach is only accessible by cruise. The sandy beach is filled with soft powdered corals which makes it the perfect nesting ground for turtles. A lagoon is located on the other side of the beach, where you would get to meet large groups of flamingos and many other coastal birds like the black-necked crane and the whimbrel. There is also another beach in the area which used to be a US outpost for the Panama canals. The two historical war tugboats from WWII remain on the beach.

The Garrapatero beach is located on the eastern side of the island which is surrounded by volcanic rocks and mangroves. The beautiful sandy beach is one of the most beautiful beaches in the Galapagos, and it is perfect for swimming, snorkelling, and kayaking.

Santa Cruz Island at a glance

Ways to get there: Airplane via Baltra Island, cruise ship and speedboats 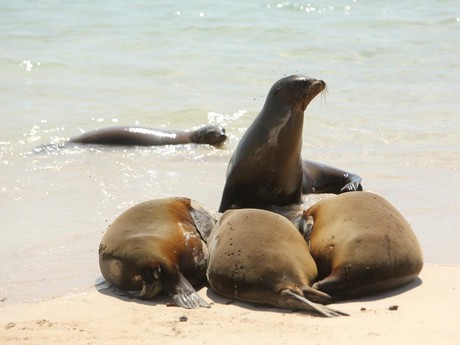 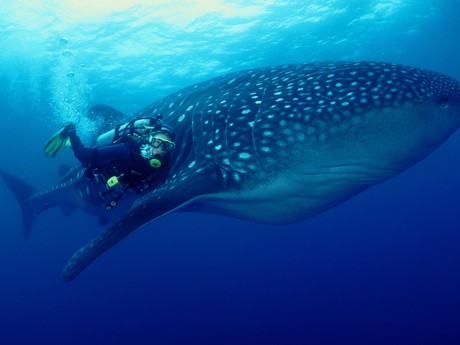 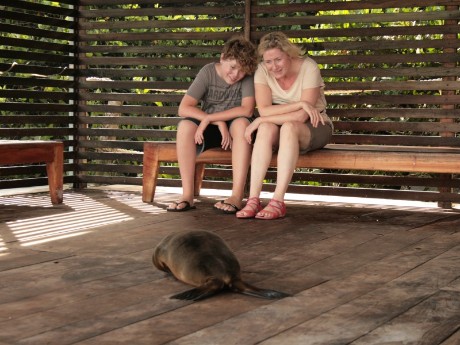 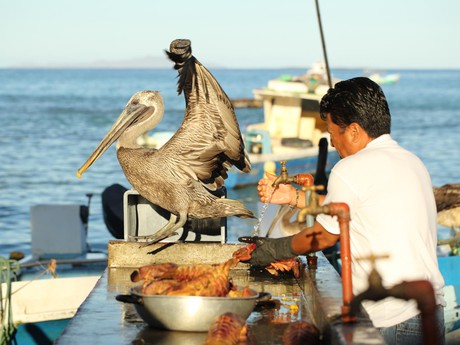 Galapagos Pro invites you to explore the gorgeous Galapagos Islands, where nature dominates the landscape

Galapagos Pro invites you to explore the gorgeous Galapagos Islands, where nature dominates the landscape 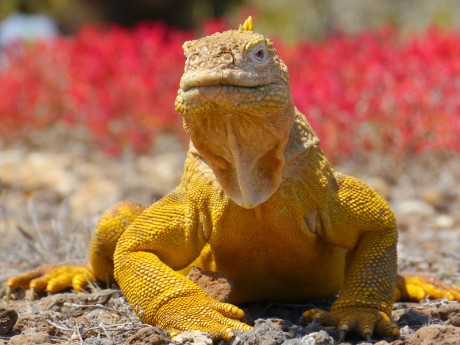 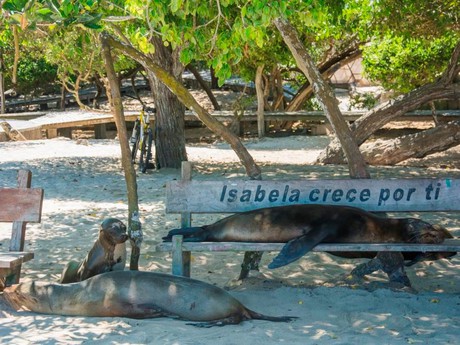 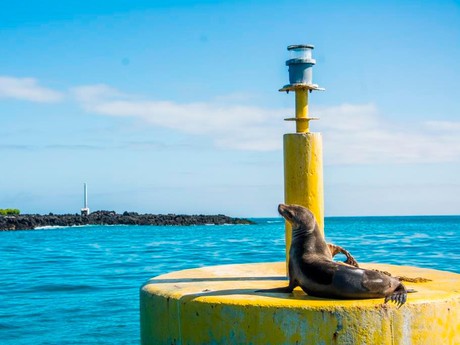 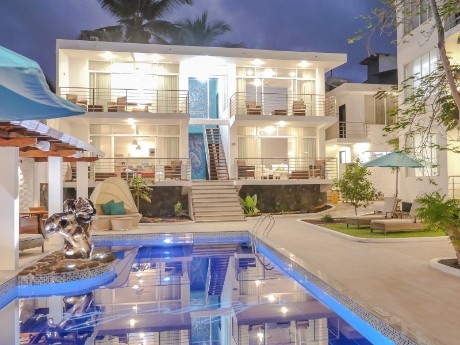 Luxury abounds in the gorgeous Galapagos Islands, where nature dominates the landscape 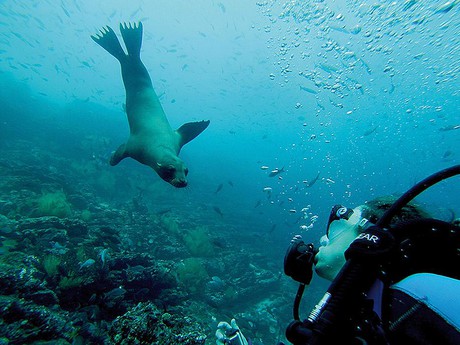 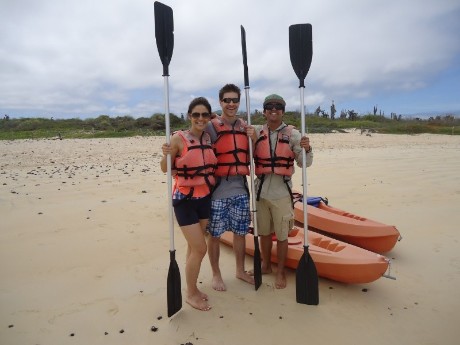 Kayaking is like horse-riding but on water! This tour will bring you on an adventure in Ecuador and the Galapagos. 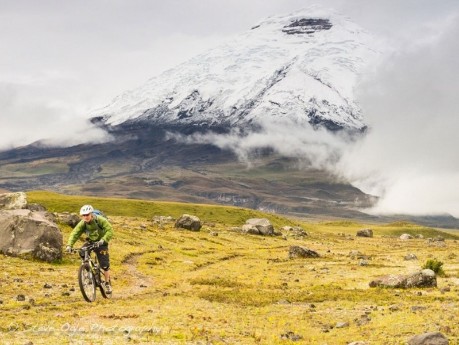 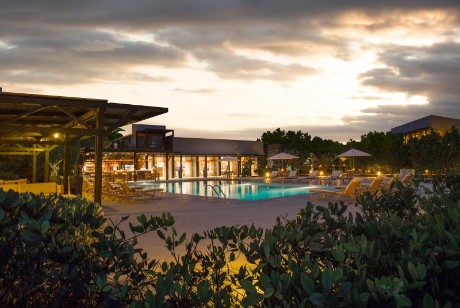 Travel and accomodation on the highest standard 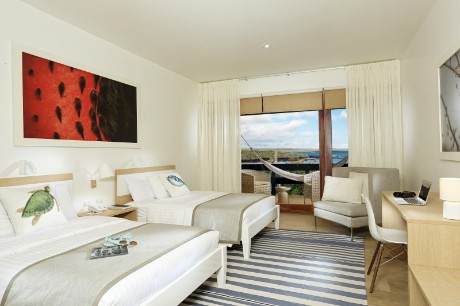 Travel and accommodation on the highest standard 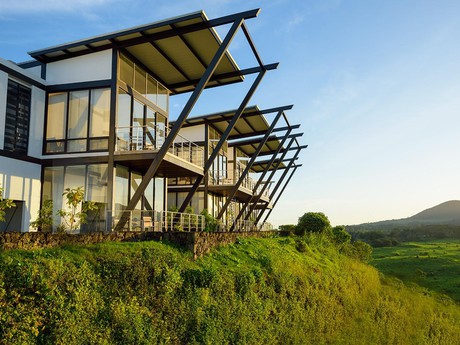 The Galapagos Islands at their best: Explore the islands and stay in the exceptional Pikaia Lodge in the highlands.