Quito - The capital of Ecuador

It is definitely worthwhile to spend at least a day in Quito. This capital is situated on the plateau at over 2,700 to 2,850 meters, located at the foot of the active Pichincha Volcano. There are also three surrounding volcanoes which are over 6000m ( Cotopaxi in the south, Cayambe in the north and Antisana in the east). There are about 2.2 Million inhabitants in Quito. The name Quito stems from the words Qui, which means middle and Tu, the earth.

During the Inca empire in the 15th century, many massive and significant temples were built. However, their expansion was stopped by the Spanish. Lead by Sebastián de Benalcazár, they founded Quito on the 6th of December 1534. They brought along with them religious order and filled Plaza Grande and Plaza of San Franciso located at the feet of Panecillo hill with their many churches and monasteries. These grandiose architectures are still standing in Quito in all its glory.

The old town in Quito was declared by the UNESCO as a world cultural heritage site in 1978. For many years Quito was in a deep slumber, undetected by most visitors and was occupied mainly by hawkers and petty crimes. Quito only opened up to the world in the early 1900s and they started building market halls at the doors of the old town and banning illegal hawkers. Streets, houses and public areas were renovated or restored and many more hotels and restaurants were opened in Quito. With its colonial treasures and rich history, there is so much to see and discover in Quito.

Quito is also the political centre of Ecuador. Plaza Grande is the main area where politically active members of the society gather and the parliament house is situated there as well. The guards of the parliament house are stationed at the entrance and the changing of the guard can be observed during the week at a 90-minute interval. On Mondays at 11 am, there is a special guard mounting ceremony where 100 guards will perform a special ceremony and at 6 pm, the president and vice-president also greets guests and their citizens from the balcony. Other places of interest at Plaza Grande include the bishop’s house, a Statue of Liberty, the Cathedral of Quito which was built by the Spanish but only completed in 1797.

At San Franciso plaza, you can truly witness the impressive Spanish colonial aesthetic such as the La Compañía church – the oldest church in America. Many baroque and classical elements are incorporated into the design of this almost completely gold-plated architecture.

Today, Quito is filled with bustling shops, excited tourists and friendly locals. One of the oldest alleys in Quito is Calle Ronda which is extremely popular for its nightlife.

The modern area of Quito is located at the north of El Ejido Park. The start of the street is marked by a triumphal arch and the 5 Star Hilton Colon Hotel is located just nearby. North-east of the park are two historical residential districts – La Mariscal and La Floresta, which are well-loved among tourists and the locals. In the last 20 years, La Mariscal has greatly developed and there are countless bars, restaurants, shops, language schools and affordable hotels. No one sleeps here before dawn.

La Floresta, located on the adjacent hill is another residential district which has been attracting more visitors lately. As compared to La Mariscal, this area is much more peaceful. The hotels in La Floresta are more upscale and the district is home to many artists and foreigners. La Floresta also stretches on to the border towards Guapulo – another charming historical district in Quito which offers a panoramic view of Tumbaco valley. 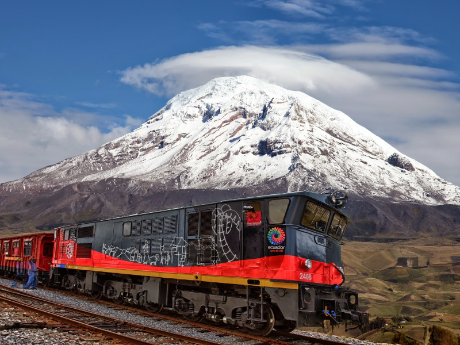 Scenery and Society: Quito, Amazon, Andes and the Coast

This website uses cookies to improve your experience while you navigate through the website. Out of these, the cookies that are categorized as necessary are stored on your browser as they are essential for the working of basic functionalities of the website. We also use third-party cookies that help us analyze and understand how you use this website. These cookies will be stored in your browser only with your consent. You also have the option to opt-out of these cookies. But opting out of some of these cookies may affect your browsing experience.